He must have dropped a contact.
Posted by Unknown at 3:02 PM No comments:

This year during tourist season police all over the U.S. will be beating blacks and Hispanics to death in charming little sleepy towns all over the Land of the Free.
Book your vacations early or you might miss out on a beautifully executed live on TV murder. Though it's true police murder their fellow citizens all year round down here, there's nothing quite like the smell of blood on hot pavement after the rattle and pop of ammo penetrating a human skull right before your eyes! Exciting, isn't? But why should Mom and Dad have all the fun? Book early and maybe use the extra free time to bring the whole family along and spend quality time together while proud policemen from every corner of this great nation of ours commit live, public murder all summer long. In fact, we guarantee that in our state you'll get to see as many 5, count 'em FIVE! murders in one day! Imagine how proud little Billy will be when he commits what we like to call "Tableside Murder," while your family gets to watch. Tableside Murder is a premium service, but depending on how early you book your vacation, your holiday package may very well include as many as two Tableside Murders on top of the great value you are already getting.


Tableside Murder is a more relaxed, laid back atmosphere where the participants are safely hogtied and gagged so every moment might be savoured with the people they know and love the most. And don't worry about a thing your safety is the #1 rule. And I know what some of you might be thinking... We aim for the heart in every detail of your Murder Vacation Getaway. Call now and book your very own Murder Vacation Getaway. It's NOT too late for you! We still have many openings and the rising popularity of our tours leaves plenty of open spaces ready to be culled of undesirable elements taking over neighbourhoods all over Small Town, USA 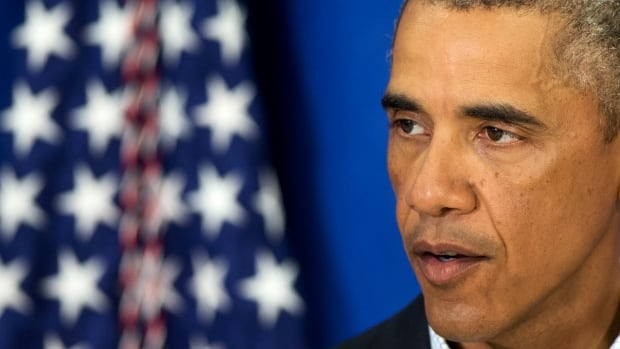 An Experiment in Mixing Two Styles Of Short Stories

Make of this what you will. I don't care about belief systems and I certainly need no one's but my own. Despite some of the craziest shit I've ever seen on TV, this takes the cake
"Since Loki began communicating with me, he's given me great pointers on magic and how to get to the heart of the matter. The woods is where we meet with him. A ritual giving thanks, a making of offerings and then deep meditation (sometimes it helps to smoke a little something)
Also, the gods often test you. They seem to get off on it.
In any case, I'm the only one who can write the book about the Secret Whisky and Loki & Me.
The time is not sufficiently ripe to offer the world The Revelation of WIZ-SHAM!, at least that's what Jonah Prophet told me.
Or all of this is made up and I'm experiencing a profound psychotic break complete with its own Overseer to help me and to act as a guide and guerrilla ontologist, very much in the same spirit as a tour guide/ presenter would. Either that or i'm batshit crazy and trippin' ballzors on something heinous they put in my veins. I could be writing this missive for far too long now, it's always hard to tell.
A third option to explain one's weird behaviour is a secret fear. Do you know what a Secret Fear is? It's a fear that you suppress for so long, it almost becomes a tumour, but once the psychological testing and screening process is completed move to another line-up down the hall. There you will receive a de-lousing and a hot, high pressure shower. Keep going straight on down where you will find fresh uniforms and clean towels, blankets... anything a patient might need.
Who said we were patients? The guards quickly moved on, being somewhat embarrassed by the tricks and pranks of these miscreants.
The winds had died down and it had gotten a little cooler over by the trees. As they made their way from shadow to shadow to avoid getting picked up by the non-stop motion of the passive infrared cameras, always approach a security camera from behind. We don't need to tip our hats toward him before the chase, for surely the magical pot of gold would be much more value. So tonight we will divide the spoils amongst ourselves and the King.
Until then, why not stay the night behind our three rings of stone?
If you don't mind that nasty fruit bat, we got some on the grill right now. You're more than welcome to join them...
... BOOM! BOOM! Crack! CRUNCH! There was glass everywhere and the kitchen floor was a sea of tiny little glass points sticking up as deadly as caltrops.
I took the big man's money before throwing a final, perfunctory haymaker aiming straight at the underside of his chin. CLANG! From behind me, his partner came at me again with the shovel. This time I ducked, grabbed him by his ballsack and they held him down, screaming bloody, blue murder! MURDER!
When I got up, he was gone, but at least the bomb was something of a dud. I tossed it to one side and grabbed for the large maul hammer and, with his back still turned toward the window, there he was, like the Devil inside us all.
You know how, like, sometimes you're, like, really, really high and you're all like, horny and looking for a bit of scroungin'. That's a real rough neighbourhood where you can find all that?
*****************An Experiment In Narrative***********************"
Posted by Unknown at 3:40 AM 1 comment:

Shit Is Made Shittily - !0 Years Of Cold Is Simply Unacceptable

When I was a toddler, still using a walker, someone took a picture of me with the fridge door open and I'm rooting around in there. My fuck but I was one cute baby!
Let's move forward about 22-23 years. During this time, my grandfather had decided to move in to my mother's place and he just GAVE the house to us! It came with all the appliances AND the fucking fridge from when I was a baby!
So we lived in it and had a fairly ordinary life until the day my grandmother got a new fridge and wanted to give us her "old" one. It wasn't even ten years old.
So moving day came and I put my big old beast down the basement all by myself; but I was running a small freight moving and delivering service. My main client was Staples and the point is that I was very, very strong and muscular. I shaved my head, had a threatening beard and I was tougher than knots in old rope. Good thing too, because had I not been there, my dad and my uncles couldn't get it up over the fixture that the door plunger pins to the door side of it. So I help the old timers lift her up and out and into my van she goes. I thanked my grandmother and home I went and with the help of my trusty dolly I muscled the beast into it's new position. Once that was all taken care of, I got some oil line needle valves, some copper tubing, some PVC tubing and a flaring tool.
Oh right! *smacks forehead* I almost forgot. In the meantime while all of this was going on, I acquired a big CO2 tank with regulator FOR FREE as well as 5 or 6 Cornelius kegs. They're the kind that dispenses soda.
So I got a few more fittings and then plotted the course my drill bit would follow as I made some holes for hoses to go in. I connected all copper and valves (ever work with a flare tool and flare nuts? it's fun) Anyway... I finally had it all set up with a little draft tap and there was always two chilled, ready to drink full beer kegs, one with each a different kind of beer. While all the drinking was going on, I'd make yet more beer and timed it perfectly so that by the time my 10gals ran out (we used to call that Thursday) I had another two 5 gal kegs left. Now the real point of this story,I ran it fairly cold, had drilled holes in the side for the pressure hoses. I used this contraption for a couple of years without a single problem.
Now comes the part of the tale where we feed the snake his own tail. Remember, this drilled out, downstairs dedicated beer chiller was actually just a fridge, right? But it was the SAME fridge I was rooting through when I was just over one year old, like 13 months or so. I don't remember any of it
Posted by Unknown at 12:56 AM No comments:

The House of Madness®

Come visit our store on CafePress!

The House of Madness

Promote Your Page Too